Owner of this blog; edtech nerd obsessed with open recognition via ePortfolio and Open Badges.

Part of “Scenes from a MOOC” – excerpts from an orphaned video-centric MOOC about micro-credentials based on Open Badges (as most are..)

I often say to people that stacking micro-credentials is one of those things that sound great, but can come with unwanted baggage, can lead to unintended consequences and generally complicate things that were supposed to be simple.

l’ll start the discussion with this useful diagram from Brown et al in the Journal of Learning for Development (J4LD). The authors developed a model for a credential ecology that I’ve fiddled with a bit, leaning on the CC BY licence.

The diagram maps different kinds of credentials across 2 axes:

A new element added by the research team is the concept of transforming non-credit to credit via the Recognition of Prior Learning or RPL. This is what they call the “diagonal axis” and I’ve added diagonal yellow arrows to illustrate. RPL is normally done at the institutional level, based on internal policies, using evidence portfolios and other methods of assessment. Within the institution, it’s usually possible to carry forward the valuation of an external nonformal credential, in the same way that an external academic credit only needs to be evaluated once for credit transfer. There are some initiatives in early development in Canada, Australia and perhaps elsewhere, to build this into a more system-wide approach, using terminology such as “”external credit bank” or “micro-credentials marketplace.”

Stacking of micro-credentials is often described as vertical or horizontal. Vertical stacking, also called laddering, usually means that one credential builds on top of another, leveling up as in this Python example. However, leveling up within a skill is not as common as the notion of sequential pathways.

Sequential or linear pathways are programs of learning that have been pre-designed with micro-credentials as signposts on the way. They might include a range of topics and activities, but everything been built into a program plan.

Horizontal stacking is defined as broadening knowledge across multiple topics at a similar level, or perhaps specializations within a topic area. In this example, a creative technology skillset is being broadened with operational and business skills. Horizontal stacking is usually more learner centric than vertical stacking: educators and often learners can swap elements in and out to build more custom solutions.

This very popular and useful image from Bryan Mathers is another take on the various kinds of stacking and pathways:

The Stepping Stones model is the one I was just describing: sequential pathways, or linear progressions. They are prescriptive, programmed in advance. This is often the default for an instructional designer. It might be a certificate program in Continuing Education, for example. But this doesn’t have to be the only model.

The Collection model is still prescriptive, but the order doesn’t matter: program requirements are met once enough micro-credentials have been earned, or “collected”. Collections can actually be more flexible than than the preset pie form you see here: think of a honeycomb or a small, multi-cell organism that can add horizontal options organically.

The Constellation is a very popular metaphor that is non-linear AND descriptive. As Rebecca Solnit says:

“The stars we are given. The constellations we make. That is to say, stars exist in the cosmos, but constellations are the imaginary lines we draw between them, the readings we give the sky, the stories we tell.”

I’ve actually provided two vertical axes here. The one on the left displays education qualification levels. Over on the right, I’ve added a popular model for leveling up skills in the context of work that’s mentioned in the Australian National Microcredentials Framework.

As an educator, if your thinking naturally leans toward stacking micro-credentials for credit, then it can be exciting to imagine modular educational pathways for Bachelors degrees for example, where students could complete programs in bite-sized chunks, stepping on and stepping off the “qualifications trolley”, and being recognized for even partial completion of larger qualifications.

Some initiatives are even exploring the feasibility of supporting “build-your-own degrees”, where lifelong learners of all kinds would be able to custom assemble credentials from multiple institutions, based on a common currency for micro-credentials. So in theory, the modularization of credentialing through micro-credentials could take the practice of Credit Articulation and Transfer to an entirely new level.

In practice, we’re not there yet, and it can be very difficult to innovate at the core of established credentialing systems, where the stakes are very high and practices are firmly established. Some objections that have been raised for this vision of stacking credits include:

Let’s remember that Open Badges were originally invented to recognize and share learning and achievement everywhere. Micro-credentials have emerged as a more formal subset of Open Badges, focused on agile education for workplace skills.  But the idea was to supplement, enhance and fill gaps in formal learning, not to replace the entire damn system.

Institutions don’t need to totally reinvent themselves to start reaping the benefits from micro-credentials: innovation can begin at the edges, in Continuing Education, Extension programs, Adult Education, even in Contract Training. Value and quality can be balanced with agility by a “credit ready” approach, where micro-credentials are developed and documented according to standardized processes that can be confirmed for credit later.

This means starting with smaller initiatives and programs more related to workplace-relevant expertise than academic qualifications. And smaller stacks that have immediate practical value. Then maybe think about stacking further, but also think about unifying, transformative elements to bring these things together, that go beyond building a Bachelors like Lego.

This blog was moved from WordPress.com to Reclaim Hosting – those folks were very helpful in setting me up. Then it languished, I’m afraid. The look of the blog is quite similar to what I originally set up on WordPress.com.

I’m hoping that this course will help me fire up my enthusiasm again for exploring thoughts online and “learning out loud.”

First displayed on Mastodon – this is an embedded link from the Mastodon server. I was in Toronto ahead of a meeting of the Learning Services department of Doctors Without Borders Canada. Not sure if it qualifies for a photo challenge

I just moved my blog from littoraly.wordpress.com to this Canadian server here; a very smooth move with the help of Reclaim Hosting. Thanks Tim, Meredith and Jim… 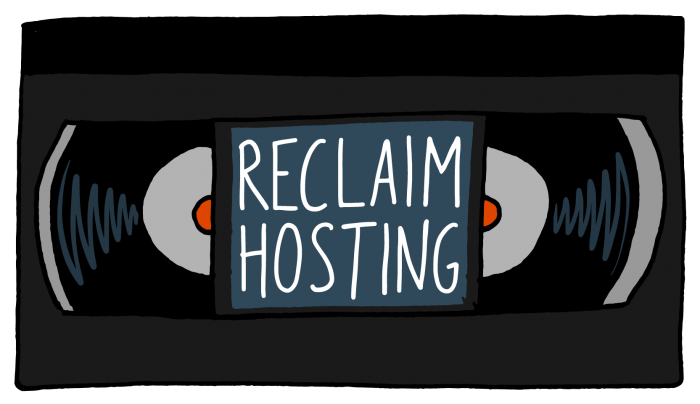 Helping define and deploy #microcredentials while leaving room for other flexible ways to use #OpenBadges for lifelong learning & careers.

Watch this recording and earn a badge... with a permanent link to the recording and your reflections on what you learned:
"Micro-credentials and Me" for Career Practitioners
https://cannexus23.gtr.pathable.com/meetings/virtual/NjG9C8WHca6DKjde8
#OpenBadges > ("are more than") #microcredentials > #CourseCertificates

I second that emotion...

This makes me sad.. such a waste.

Card no 12: Santa kidnapping a child.